Tonight, as I told you recently, is for my friend who is taking flight and she wants the law, so this will be on the law. All things exist in the human Imagination and by all things I mean it literally, all things. “All that we behold, though it appears without, it is within, in your Imagination, of which this world of mortality is but a shadow” (Blake, Jer., Plt.71).

If you could now think of your Imagination as the most sensitive instrument in the world, and compare it, say, to a piano; you can’t conceive of a tone or a combination of tones that it could not express. And so you can imagine, so you own the instrument: it’s your very self. But if you owned the most wonderful piano in the world, it wouldn’t mean you could play it, not play it really intelligently. You would have to find out some wonderful method and then practice.

So here is this wonderful instrument, which is your Imagination, and so you own it, and that instrument is God. God actually became man that man may become God. So we can’t think of God as even near, for nearness implies separation. There is no difference between divine imagining and human imagining save in the degree of intensity of the two.

Now we can put it to the test, actually test it. “Come test me and see,” that’s what we’re invited to do in scripture (2Cor. 13:5). So I say that the actual source of all phenomena is one with imagining that is active in you and me. There is no other origin for

phenomena in this world.

Now, let me share with you one story that was given to me this week, rather, a couple of weeks ago. Read more 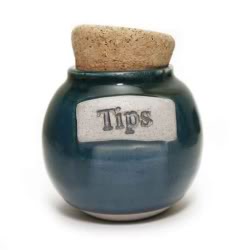 I am really sorry to see my Countrymen trouble themselves about Politics. If Men were Wise the Most arbitrary Princes could not hurt them. If they are not Wise the Freest Government is compelled to be a Tyranny.  Princes appear to me to be Fools. Houses of Commons & Houses of Lords appear to me to be fools, they seem to me to be something Else besides Human Life.   The Notebook, Public Address ~William Blake

I will not Reason & Compare:  My business is to Create
Jerusalem - The Emanation of the Giant Albion ~William Blake

Works Already in the Public Domain

Neither the 1976 Copyright Act, the Berne Convention Implementation Act of 1988, the Copyright Renewal Act of 1992, nor the Sonny Bono Copyright Term Extension Act of 1998 will restore protection to works that fell into the public domain before the passage of the laws. However, the North American Free Trade Agreement Implementation Act (NAFTA) and the Uruguay Round Agreements Act (URAA) may restore copyright in certain works of foreign origin that were in the public domain in the United States. Under the copyright law in effect prior to January 1, 1978, copyright could be lost in several situations. The most common were publication without the required notice of copyright, expiration of the first 28-year term without renewal, or final expiration of the second copyright term. The Copyright Renewal Act of 1992 automatically renews first term copyrights secured between January 1, 1964, and December 31, 1977.

From The Library of Congress-Copyright Office    Circular 22